Other Pesky Buggers (and not so harmful ones!)

Many different insects are often misidentified as mosquitoes.  Most of them are not harmful and are often beneficial to your local ecosystem!

We often get calls about swarms of 'giant mosquitoes' in the spring and late summer all over people's homes and yards.  These gentle giants are know as 'mosquito eaters' even though they don't actually eat mosquitoes!  Female's can lay up to 300 eggs and once adults they only live for a few days to two weeks.  They are completely harmless in their adult stage, they do not sting or bite and only live to reproduce.  They serve as an important food source for birds, bats, and frogs as well as many other animals when they are in the aquatic and larval stages.  The larval stage of this insect lives in the soil and feeds on decaying-organic matter assisting in the biological decomposition process! 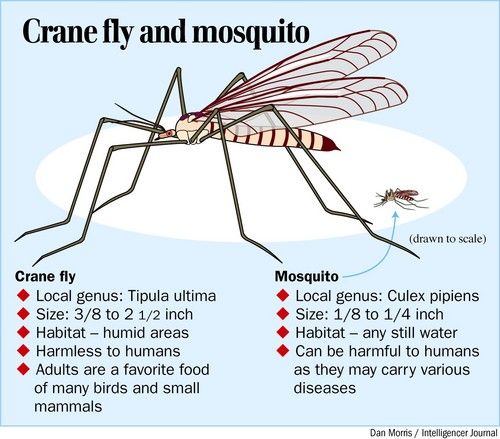 Many insects in the order Diptera are often misidentified as mosquitoes.  Diptera is derived from the Greek words "di" meaning two and "ptera" meaning wings.   The most common insects we receive calls of concern about are non-biting midges, "no-see-ums" or biting midges, and crane flies.  While non-biting midges and crane flies are harmless to humans, the "no-see-ums" offer a painful bite and appear in swarms.  They are about 1/3 the size of a mosquito and do not transmit disease, but the after affect of their bites are extremely itchy and can last a week. 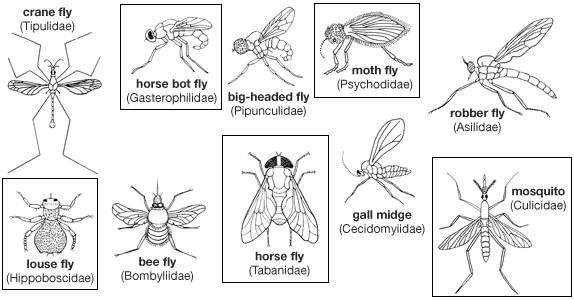 Other members of Diptera often mistaken for mosquitoes

Other Insects of Interest

Ticks
The most common concern with tick bites is the spread Lyme disease which is becoming more and more common every year.  New Jersey is home to 4 major ticks species with the emergence of a new invasive species that has the potential to spread to Ocean County.  These ticks can carry diseases other then Lyme, which are less common but still a concern in our area.  It is important to protect yourself from tick bites and avoid areas that ticks are known to be found.
The four main species of tick found in New Jersey and Ocean County are;  American Dog Tick, Brown Dog Tick, Lone Star Tick, and Deer Tick.  The new invasive species, Longhorned Tick, can be found in Hunterdon, Union, Middlesex, Mercer, Bergen, Somerset, Passaic, Camden, and Monmouth counties.
Diseases transmitted by ticks in New Jersey include;  Lyme disease, Anaplasmosis, Babesiosis, Ehrlichiosis, Rocky Mountain Spotted Fever, and Powassan virus.
​
Always use tick repellent when there is any possibility of being exposed to ticks.  Wear light colored clothing that covers your skin, such as long sleeved shirts and pants tucked into socks that cover your ankles.  Conduct body checks immediately after returning from outdoor activities, especially behind the ears, back of the neck, around the waist, and in your hair and hairline.  Shower as soon as possible to wash away any ticks that may be unattached.  In some cases it takes 24 hours for ticks to transmit diseases through their bite, so it is important to find any attached ticks as soon as possible. 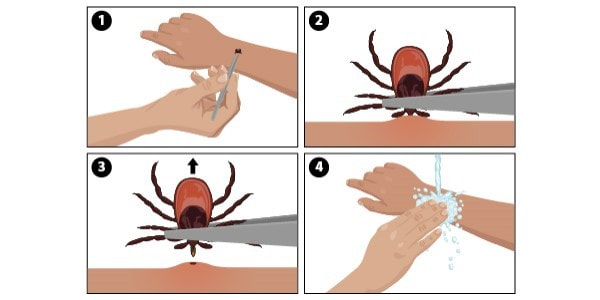 Proper tick removal. Pull the tick as close to the skin as possible to make sure you remove the head. 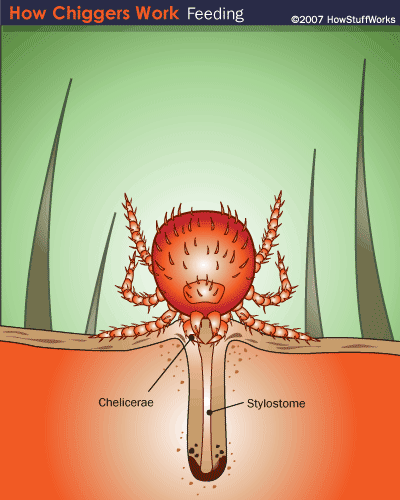 Chiggers
I wanted to include Chiggers in this section, not because they have the threat of transmitting diseases or agricultural damage.  But, because of the misconception associated with how they bite and how to treat those bites if you unfortunately come in contact with these nearly invisible mites.   THEY DO NOT BURROW IN YOUR SKIN!!! They aren't known to carry any diseases so they are considered a nuisance pest, and if you've been bitten before you know how these bites have the ability to itch for what feels like forever!   They are most common in early spring and early fall, but also can be found all summer.
Chiggers are the larval stage of the harvest mite that sit on grasses and tall vegetation waiting for a host to obtain a meal from to be able grow into their adult stage.  When they find a host they do not burrow into your skin, they 'cut' your skin and inject a skin-digesting saliva that allows them to suck up your liquified skin tissue.  Once they receive a meal from their host they fall off and are long gone before you even notice that you've been bitten because the bites take about 3 hours to have a reaction.  No need to worry about them falling off in your home, in their adult stage they no longer look for a human host for their meals.  They feed on other insects and their eggs.

The urban myth that they burrow into your skin has people giving advice like:  use clear nail polish to deprive them of oxygen or pour rubbing alcohol all over the bites to make them come out.  These methods will actually make the itching worse, dry out your skin, and possibly cause infection.  Instead use methods that you would use with any bug bites, calamine lotion or corticosteroid creams work best.  Try not to scratch too much, as hard as that is to do! 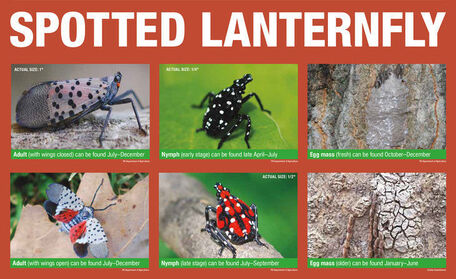 Spotted Laternfly
The Spotted Lanternfly (Lycorma delicatula) is an insect native to Asia that was first detected in the United States in Pennsylvania September 2014.  They are an invasive species and have already spread a far area since first being discovered, now with established colonies in New Jersey, Delaware, Maryland, Virginia, West Virginia and New York.  They are a major threat to many fruit crops and trees.  They prefer tree-of-heaven as their host, but they will also impact the country's grape, orchard, and logging industries.

They have been found in Ocean County in the North Western part of the county.  The Department of Agriculture requests that any spotted in Ocean County to be reported by going to badbug.nj.gov or by calling 1-866-BADBUGZ. 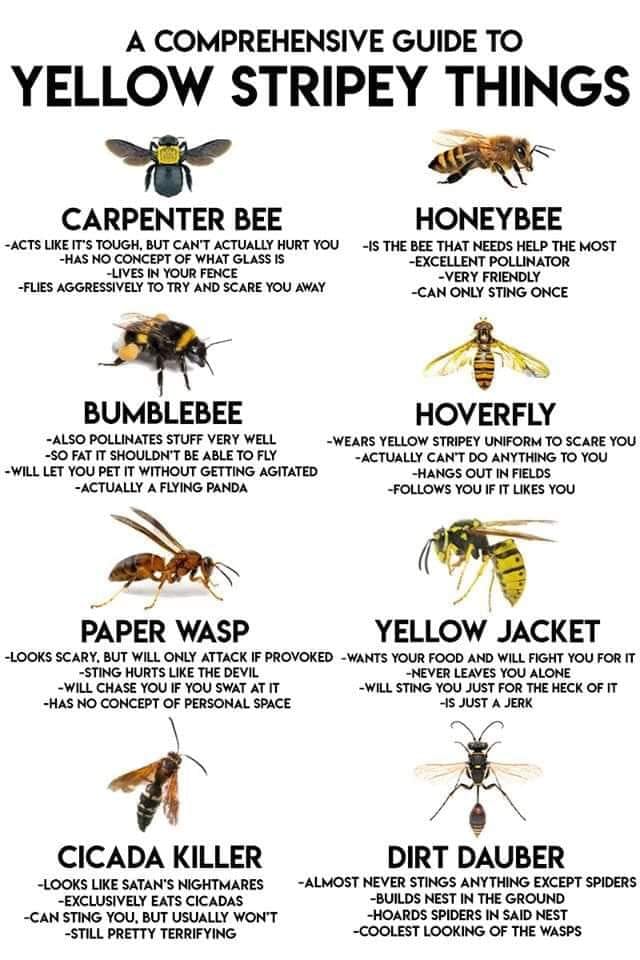