OCEAN COUNTY MOSQUITO COMMISSION
Ocean County is home to 40+ mosquito species!
May-September is the most common time for mosquito breeding with the busiest months being July and August.   The species listed below are the most common that we see here, ranging in a variety of different habitats. 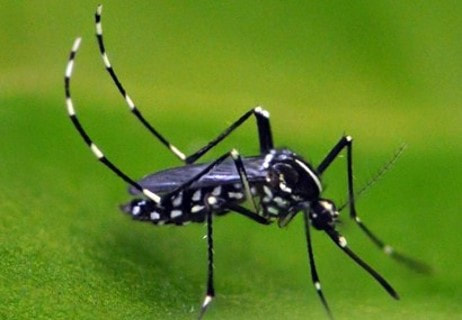 Aedes albopictus
Better known as the "Asian Tiger Mosquito", this breed is becoming more of a nuisance around our homes.  This invasive species arrived in Ocean County in 1999 and has been thriving in the available breeding locations around our homes. They are able to lay thousands of eggs in small amounts of water in any container found around homes, businesses, and other populated areas.  They are only known to travel a small distance from their breeding sites, approximately 1/8th of a mile.  So if you see them around your home, they are coming from nearby.  The best form of prevention against them is to remove any water sources that may promote breeding. 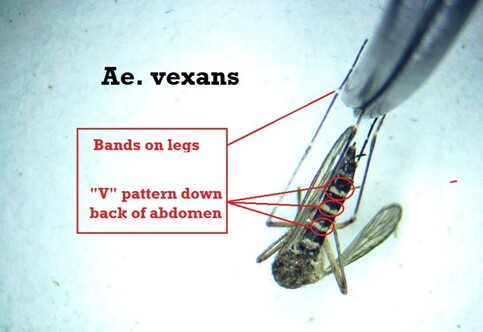 Aedes vexans
​This species of mosquito is known as the inland floodwater mosquito. The name "vexans" if from the Latin word “vexāre” meaning to annoy. They lay their eggs on moist  land and when heavy rain or water rises, it floods the eggs and they hatch.  The are significant in mosquito control because they may be a vector of EEE, West Nile Virus, and Dog Heartworm because they take blood meals from a variety of different animals. 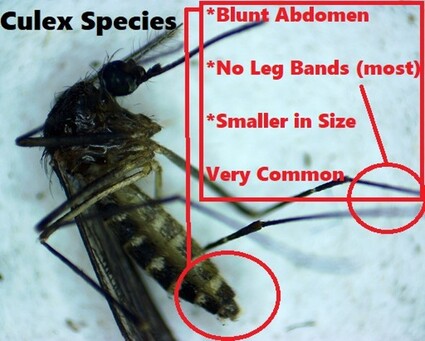 Culex species
Most species in this genus of mosquito are not known to favor biting humans.  They are generally bird biters, but play an important role in the transmission of many different mosquito borne diseases including West Nile Virus.  This is why they are a focus of surveillance here at the Ocean County Mosquito Commission.  They make up the majority of species submitted to the state during the season to look for viruses in our bird population.  It becomes an issue for human health because of the transmission from birds by other species of mosquitoes.  They are known to be a "vector" species, which means they can be a bridge from one animal species to another for the virus to be transmitted. 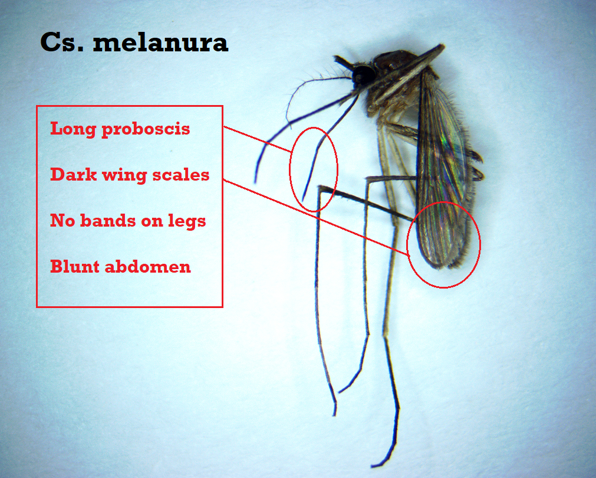 Culiseta melanura
​This species of mosquito is found in acidic freshwater lowland swamps,  which the Pine Barren's is full off!  This mosquito plays a major roll in the viral cycle of Eastern Equine Encephalitis (EEE) and keeps the virus cycle active between birds and rodents.
The larvae of this species can be found year round unlike other mosquitoes.   The development is slowed by the cold weather and hatch in the spring.  They go through many peeks of breeding throughout the summer. 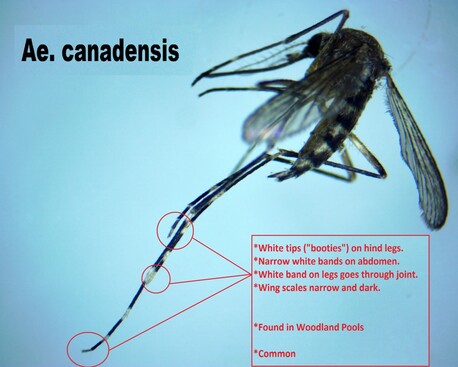 Aedes canadensis
​This species mosquito is one of the first to emerge in early spring.  They breed in woodland pools that are commonly found all over the county.  The are very aggressive biters and love to stalk their hosts.  Luckily they only breed one time during the season, so as soon as they come out they are gone quickly. 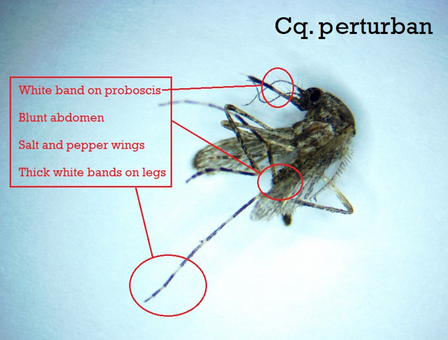 Coquillettidia perturbans
This unique mosquito has larvae that don't behave like most other mosquitoes do.  They attach themselves to reed plants in bogs, ponds, and lakes; obtaining their food and water from the plants roots.  This makes it difficult for us to find and treat breeding areas that we are not familiar with.  This species is one of the main vectors of Eastern Equine Encephalitis (EEE)  which has been surging more in our area the past couple of years.  So it is a priority of control to ensure we don't see large populations of this species in our area.